Going back a few years…. This is another great video of the Soweto Gospel Choir during their sound check performing Libala Kuye at the Town Hall in New York City, NY on March 2, 2012. This great footage is courtesy of the OkayAfrica team who have kindly shared their raw footage of the choir from [...]

Choir Candids: Arms of an Angel

This is an awesome video of the Soweto Gospel Choir during their sound check at the Town Hall in New York City, NY on March 2, 2012. In this video you will see the choir performing their entire version of Arms of an Angel which is such a treat. As well, you can see Bev [...]

April 17, 2017 Elaine Features, Videos Comments Off on Choir Candids: Arms of an Angel

Throwing it back to exactly 5 years ago … watch the Soweto Gospel Choir sing the famous Shosholoza during sound check on April 7, 2012 at the Queen Elizabeth Theatre in Vancouver, BC, Canada. The tour was coming towards the end…and members were definitely having fun! 🙂 [...]

By Simon Plant Herald Sun March 08, 2013 IN 2003, the Soweto Gospel Choir boarded a bus for Frankston. The then newly formed company from South Africa was on a one-off tour through Australasia and a civic centre by the bay was hosting their first-ever ticketed gig. “Most of these kids had never had a [...]

It is with a heavy heart that I share the sad news that founding member Vusi Madondo passed away yesterday. Vusi Sr. will be greatly missed as his smile could light up a room and his rich bass voice a crowd pleaser. I will always remember his joyful and happy spirit and fun antics. My [...] 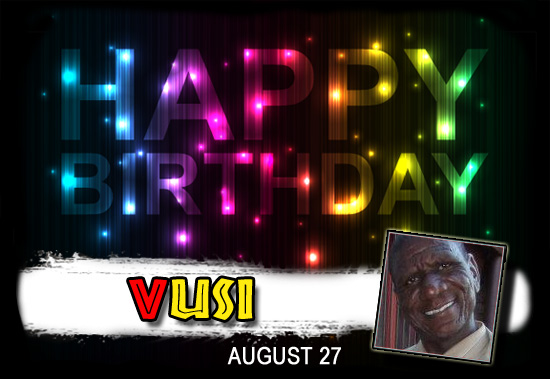 Watch select members of the Choir perform Umoya We Nkosi. [...]

June 23, 2012 Elaine Videos Comments Off on Video: Umoya We Nkosi

The Soweto Gospel Choir were guests at South African superstar Zahara’s concert held at Carnival City on June 8-9, 2012. The concert was recorded and released as a DVD. Below is a teaser from the DVD as well as some photos from the night. [...]

Behind-the-scenes photos of the Soweto Gospel Choir in Toronto, ON for their second of two shows at the Sony Centre.  Photos taken during their recent tour on February 25, 2012. Photos by Elaine, exclusively for SGF! [...]

May 6, 2012 Elaine Features, Photos Comments Off on Choir Candids: Toronto #2 Behind-the-Scenes
123Next ›Last »