On Tour: Landing in South Africa

Watch the choir break out in song upon landing back in South Africa after touching down from their Australian tour. Video Credit: SGC [...]

September 1, 2014 Elaine Videos Comments Off on On Tour: Landing in South Africa

On Tour: Melusi and Spaghetti’s Birthdays

August 12, 2014 Elaine Videos Comments Off on On Tour: Melusi and Spaghetti’s Birthdays

A moving video of the Aboriginal women’s choir that sang a goodbye song to the Choir during their visit to Alice Springs. Video Credit: SGC [...]

During dinner/evening in Alice Springs with the Asante Sana choir, the Soweto Gospel Choir broke out in song.  Watch the fun video below! Video Credit: SGC [...]

Watch the choir work with students during their workshop on March 25, 2014 in Lincoln, Nebraska. Video Credit: SGC [...]

SGC and Princess Charlene of Monaco

South African born Princess Charlene of Monaco attended the Choir’s concert in Monaco on December 3rd. Below is the Choir posing with the Princess post show, and a video of the choir singing the South African national anthem. [...]

December 4, 2013 Elaine Photos, Videos Comments Off on SGC and Princess Charlene of Monaco

During their tour stop in Graz, Austria on November 28, the Choir were the honoured guests of the city and took part in a ceremony at the City Hall. Afterwards; the Choir sang Noyana as a “thank you” to their hosts. [...] 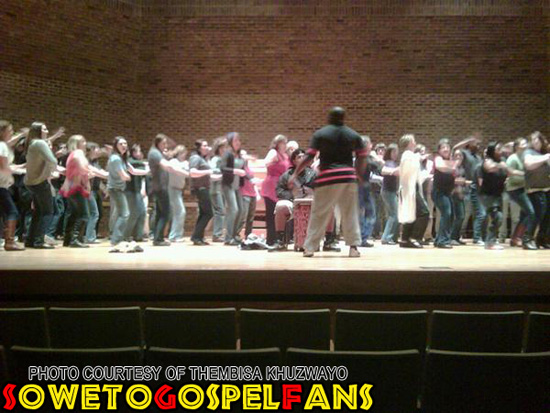 The Choir held a workshop this afternoon in Boone, NC.   Below is a photo from the event c/o Thembisa! [...] 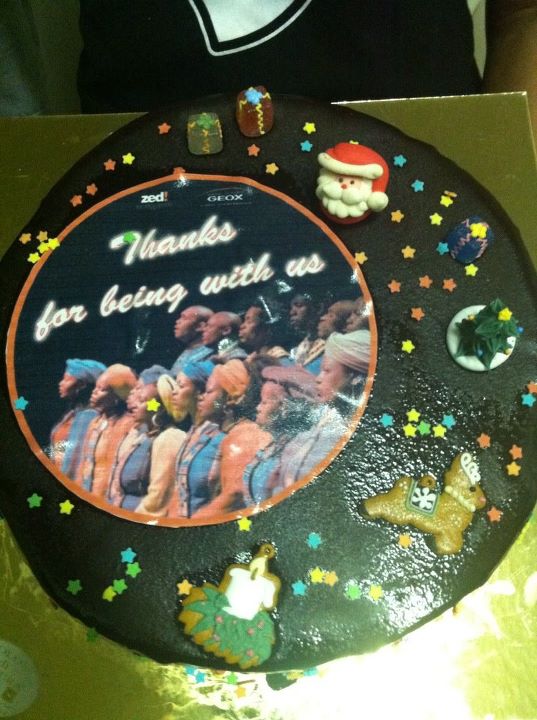 Today the Soweto Gospel Choir performed their last show in Padova, Italy to wrap up their four-month long European tour. The Italian promoters presented the Choir with a lovely cake after the show.  I heard it was as delicious as it looks! The Choir now heads home for some well deserved break! Also, the second [...] 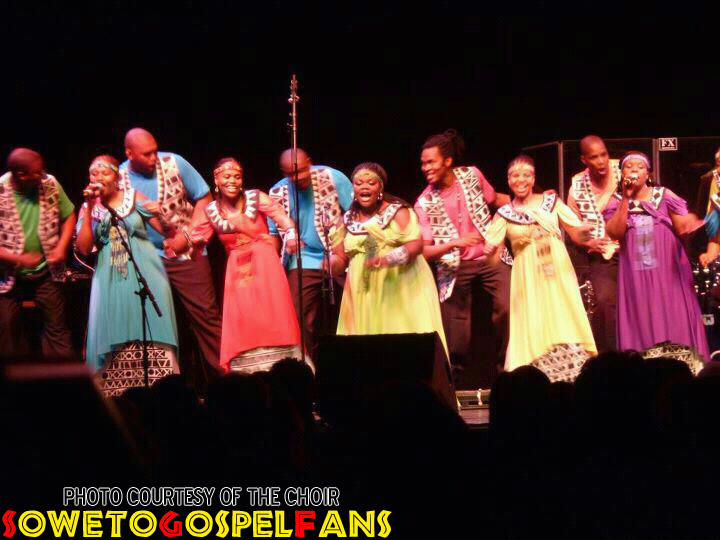 The Choir have new costumes they are using on tour in Europe! What do you think?  Very pretty! 🙂 [...]