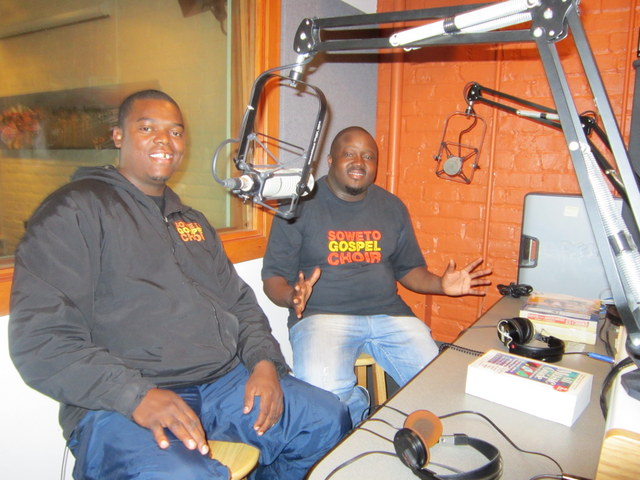 By Melissa Wilson Special to the Toronto Star Jan 19, 2012 They’ve won two Grammys and an Emmy, performed around the world with the likes of Bono, Céline Dion, Josh Groban and Peter Gabriel, and this year they’ll celebrate their tenth anniversary together. The Soweto Gospel Choir might actually be the most successful group you’ve [...]

By Frank Ruggiero Mountain Times January 19, 2012 The Soweto Gospel Choir is not like most choirs. Its members are not classically trained, and they don’t read music. Yet they’ve performed with the likes of U2, Aretha Franklin, Stevie Wonder and Josh Groban, while winning two Grammy awards and reaching No. 1 on Billboard’s World [...]

By Steve Wildsmith The Daily Times January 18, 2012 It’s a chorus of voices that transcends skin color, language barrier, cultural divide. The members of the Soweto Gospel Choir, which comes to East Tennessee next week, may be from Africa, and the members may sing in six of the 11 official languages of their native [...]

January 18, 2012 Elaine Articles Comments Off on Soweto Gospel Choir sings in a language all fans of joyful music will understand

Jan 17, 2012 By Roberta Penn StarNews Correspondent What: The Soweto Gospel Choir, presented by the Wilmington Concert Association When: 8 p.m. Tuesday, Jan. 24 Where: Kenan Auditorium on the campus of UNCW Details: 962-3500 or www.WilmingtonConcert.com Soweto is an acronym for Southwestern Townships, a vast containment community originally created to keep the indigenous people [...]

A Gift from Soweto…

Joe Bill Kent News October 10, 2011 Heralded as the most exciting group to emerge in World Music in recent years, the Emmy Award- and two-time Grammy Award-winning Soweto Gospel Choir heads to the Tunbridge Wells Assembly Hall their brand new show. African Grace will be touring all over the world in the coming months [...]

October 10, 2011 Elaine Articles Comments Off on A Gift from Soweto…

August 30, 2011 Nottingham Post WHEN the Soweto Gospel Choir travels to Nottingham in early October, they’ll be bringing quite a bit with them. Their vibrant and uplifting show features 24 singers, dancers and musicians, as well as beautiful traditional South African dress and a colourful set. There’s just one thing missing. And if you’re [...]

Craig Hoggett July 13, 2011 The Mercury AFRICAN rhythms resounded from an unexpected corner of Hobart yesterday. South Africa’s Grammy Award-winning Soweto Gospel Choir treated minimum security inmates at Risdon Prison to a taste of their high-energy multilingual show. In Hobart for last night’s show at Wrest Point, the choir stopped off for the free [...]

Samisoni Nabilivalu July 11, 2011 Fiji Times MEMBERS of the Soweto Gospel Choir were moved to tears when the crowd at the Vodafone Arena to watch the group’s last show farewelled them on Saturday night. The show was nonetheless thoroughly enjoyed by the music lovers who sang along to almost every song the group performed. [...]

Soweto moves hearts for a feast 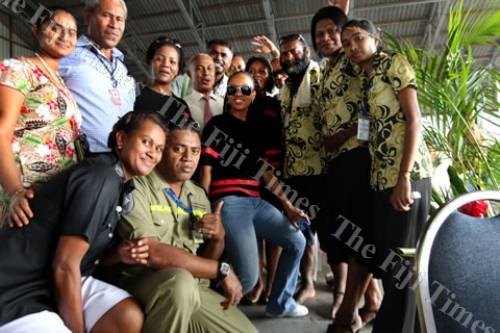 Samisoni Nabilivalu July 09, 2011 Fiji Times FROM taxi drivers, fireman, policemen, aircraft engineers, customer service staff, to company executives they all dug into their pockets for a lunch for African stars, Soweto Gospel Choir, according to Airport and Customer Service manager for the Nausori and Nadi airports, Joe Grey. Their kindness was reciprocated in [...]