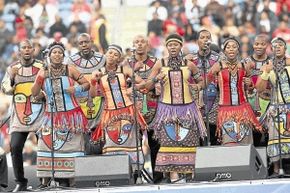 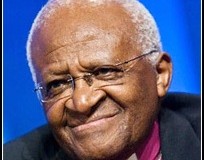 Hi everyone, Real life aka The Job is kicking my butt–been going non stop at work since Easter and it doesn’t look like it’s going to be slowing down! Trying my best to stay caught up with everything Soweto Gospel Choir! I’ve updated the Calendar section with new dates–Fiji has been added to the Choir’s [...]

Check out the upcoming WWF Earth Hour Concert! It’s a free concert featuring the Soweto Gospel Choir and the Bala Brothers. Day: Saturday, March 26 Time: 7:30pm Where: Orlando West Regional Park, Soweto Check it out if you can!  Wished I could be there.   [...]

Guests in Rome can expect to see some of the finest choirs in the world at the Roma Gospel Festival. The event will be kicking off with a bang on December 19th 2010, with the Soweto Gospel Choir taking to the stage at the Parco della Musica. This South African group may be familiar to [...]

July 30, 2010 Elaine News, Schedule Comments Off on Soweto gospel choir to perform with The Bala Brothers

From: British Virgin Island News By: BVI Correspondent January 11, 2010 Tickets are sold out for the Soweto Choir’s performance at the HL Stoutt Community College scheduled for Thursday, January 14. Daniel Singh, director of communications, public relations and marketing of HLSCC, told BVI News that the tickets for the concert were sold out last [...]