It is with great sadness that I post that founding member, bass singer and the man with the biggest smile and laugh, Gregory Ndou, passed away earlier this week, after battling some health issues. Gee-man has been with the choir from the start; and has a spirit and personality that is simply contagious. He always [...] 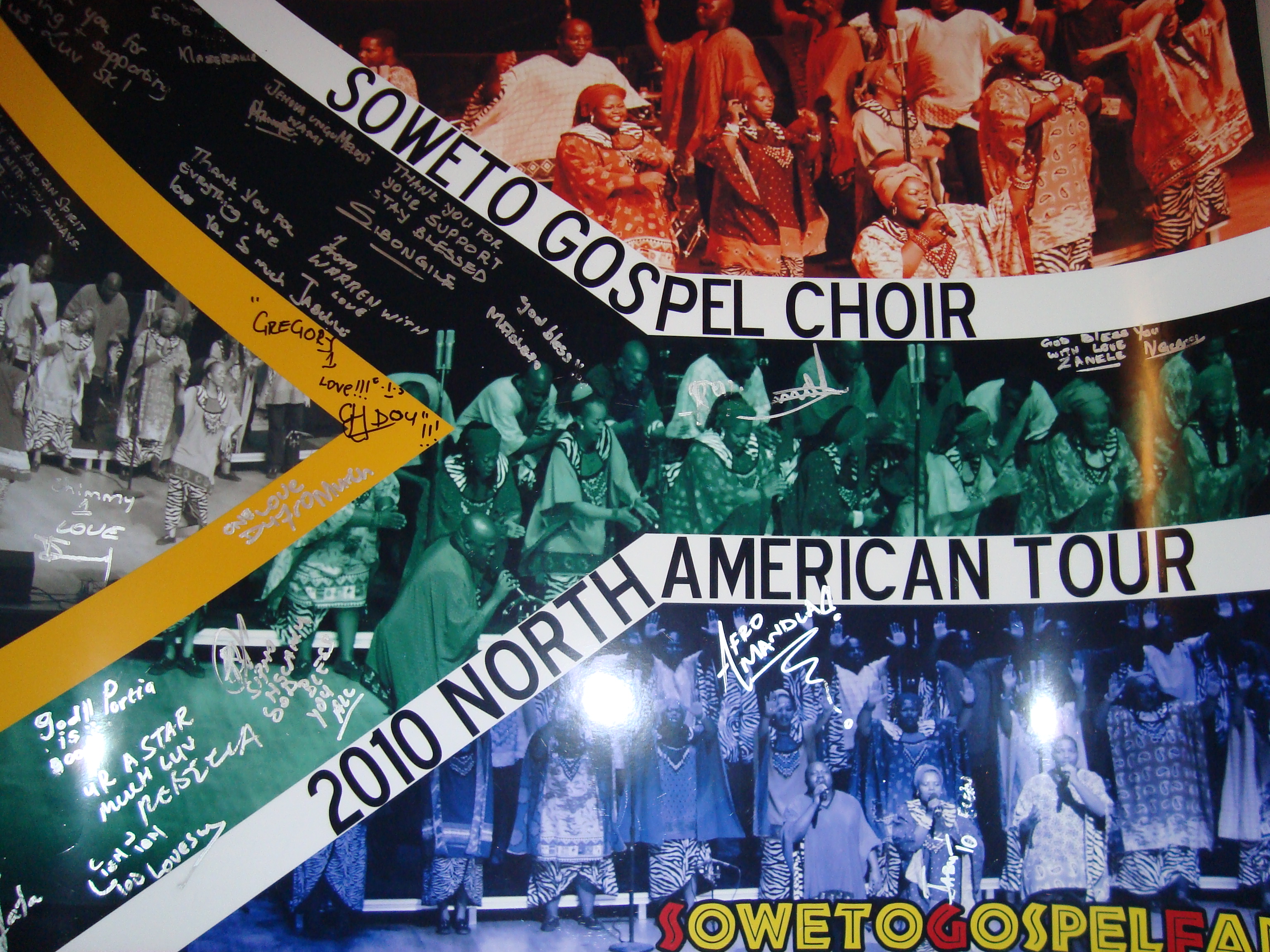 I created a poster for the Soweto Gospel Choir to sign last week. I thought it turned out pretty well!  Was a bit upset that the silver sharpie that I had brought was smudging off due to the gloss of the poster (should have tested it out, drats!); but I have it laminated now to [...]

Sarah posted the below video of a 3D Art Project she completed for school.  I loved it so much that I asked her to share some info about the project and why she chose the Soweto Gospel Choir as her subject.  Great stuff! Project Description from Sarah: I am a graduate student in Illustration at [...]

I just saw the movie Invictus today and am giving it two big thumbs up.  What a great story…and the music/score was awesome. The song Shosholoza (the Choir sings a beautiful version of it in its African Spirit album) is featured predominately throughout the movie. I am sure all fans of the Soweto Gospel Choir [...]

December 12, 2009 Elaine Miscellaneous Comments Off on Must See Movie: Invictus

TV alert for any Canucks out there, but the Choir will be on Bravo Canada (not to be confused with the American channel of the same name) tonight @ 9pm. Bravo airs the Choir’s performances every once in awhile (I believe this is the 3rd time I’ve personally seen it), and it should be the [...]

Miriam Makeba, the South African singer whose voice stirred hopes of freedom among millions in her country with music that was banned by the apartheid authorities she struggled against, died overnight after performing at a concert in Italy on Sunday. She was 76. New York Times’ full obituary: Miriam Makeba, 76, Singer and Activist, Dies [...]