Soweto Gospel Choir: From Humbles Origins to the World Stage

Elaine March 2, 2019 Uncategorized Comments Off on Soweto Gospel Choir: From Humbles Origins to the World Stage 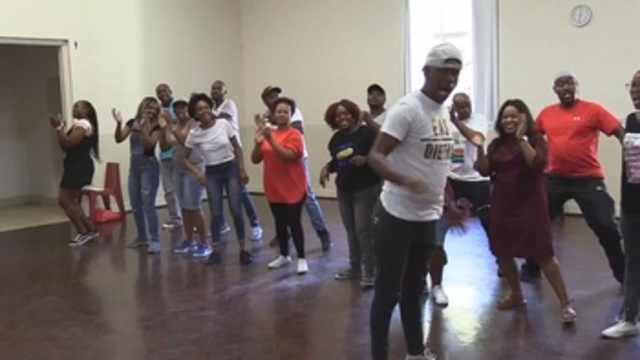 JOHANNESBURG – Laughing and joking with each other during a rehearsal in a modest venue in the South African city of Johannesburg, you would never guess that the members of the Soweto Gospel Choir picked up their third Grammy a few weeks ago or that last year they shared a stage with Beyonce and Eddie Vedder.

That is until they start to sing.

Around 20 members of the choir gathered at the rehearsal, but really their group consists of more than 50 members, who have performed in front of renowned figures such as Nobel Peace Prize laureate Nelson Mandela and former United States president Barack Obama, as well as bringing their African gospel music around the world.

Adding to their growing list of accolades was an Academy Award nomination earned for their collaboration with former Genesis frontman Peter Gabriel on the song “Down to Earth,” which featured in the 2008 Pixar animation “Wall-E.”

On Feb. 10 of this year, the Soweto Gospel Choir received The Grammy for Award for Best World Music for their album “Freedom,” which paid homage to Mandela and his fight against apartheid in South Africa.

“We didn’t believe we would actually win this accolade,” Diniloxolo Ndlakuse, the choir’s musical director, told EFE proudly. “The award simply means they actually are listening, and they’ve been listening attentively.”

The choir’s reputation speaks for itself. They have become ambassadors of South African culture, a feature that contrasts starkly with their very humble origins.

Most of the choristers come from the majority-black township of Soweto in southwest Johannesburg. Many had never really sung before they auditioned for the choir, others had performed on a handful of occasions at church.

Ipi Moshe, 31, a resident of Soweto, said she was an accountant before she joined the choir. She added that she sent an e-mail asking to join the choir but they had no vacant spots. Then, in 2012, the received a message asking her to come and audition.

She said she now works for fun and reveled in her ability to travel, to meet new people, see new countries, and try new food.

Her colleague, Sophie Mofokeng, 38, was unemployed before she joined the choir in 2006. Just two years later, she was performing for Mandela at an event for his 90th birthday at Hyde Park in London.

That concert was part of the series of AIDs benefit gigs known as 46664 (Mandela’s prison number) which also headlined acts like The Who and Amy Whinehouse. Nowadays, it is one of her fondest memories.

Mofokeng joking added she had become something of a star in Soweto.

The Soweto Gospel Choir was founded in 2002 almost by accident, said Beverly Bryer, director and co-founder alongside the late David Mulovhedzi.

It began after some Australian promoters asked Bryer whether she could cobble together a choir to replace another group that canceled a tour.

Bryer was in the rock scene, so she approached Mulovhedzi, who was already working with choirs in Soweto.

She said that three months later, the troupe went to Australia for a six-week tour, thinking that would be all, before adding that all the tickets for the tour sold out completely and the “world went crazy for them.”

When contracting new members, the directors take give special consideration to people who, for example, have never been abroad.

The majority, apart from a few exceptions, come from underprivileged backgrounds, Bryer added.

She said it had been an emotional process watching the choristers grow, as if they were her own children, especially those who enter at just 16 and are now able to look after a family of their own thanks to the choir.