Choir’s soulful sound to wash your blues away

Elaine August 7, 2014 Articles, Photos Comments Off on Choir’s soulful sound to wash your blues away 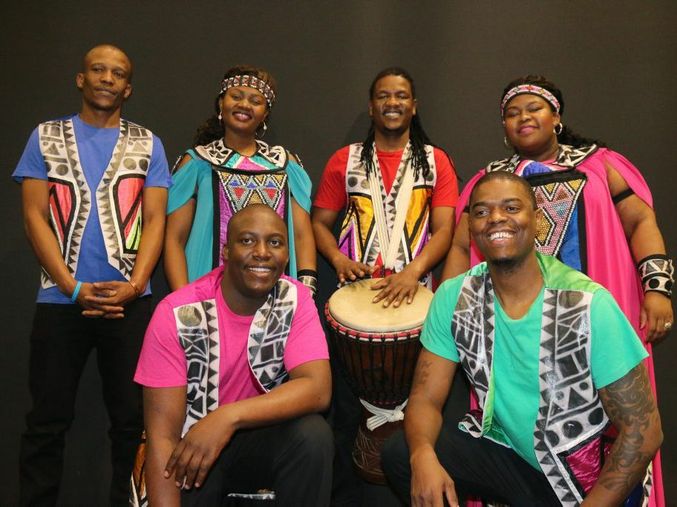 Made up of 24 beautifully harmonised voices, the choir has travelled the world and performed with some of the best in the business, such as U2, Aretha Franklin, Stevie Wonder, Bono and plenty more.

They’ve won Grammy awards and a list of accolades that proves their contribution to the music industry, but the crew is content with putting smiles on faces that really need it.

Musical director Kevin Williams has been singing and playing instruments in the choir for eight-and-a- half years, and he and the team have been providing happiness to people for the same amount of time.

“Stage is our home,” he said. “We bring peace, joy and love to people. Maybe you are stressed or depressed or had a bad day, but you leave feeling better.

“A lady who was in Townsville was having chemo. We met up with her and sang and she cried.

Church songs, hymns and tunes from Soweto are sung by the women and men who are aged between 20 and 40.

The choir consists of a four-piece band, a keyboard player, two percussionists, a base guitar player, lead guitarist and a drummer.

“They all grew up doing music. It’s part of our upbringing,” Mr Williams said.

The 33-year-old’s passion for singing and dancing is evident, and he believes the humble foundations of the choir make the shows all the more enjoyable.

“It was founded by three talented guys from Australia. They came to South Africa and saw the talent and said to get them to start touring their own choir,” he said.

“The auditions had to take place, people came in queues. It was the youth of South Africa.

“There were thousands of them.”

Mr Williams said talented teenagers from all over the community who sang at home tried out and the end result was a strong, passionate group who were now heralded as one of the world’s best.

“People are blown away by the sound they hear,” he said.

Nelson Mandela is a big inspiration to the choir and the vibrant, rainbow colours of the South African flag are worn by the performers.

Practicing the art of dance and music isn’t something the choir struggles with; the talents are a gift to all involved.

“Everything is all natural. In South Africa we can watch something and imitate it and it becomes part of you,” Mr Williams said.

“We want Soweto Gospel to go on forever.”