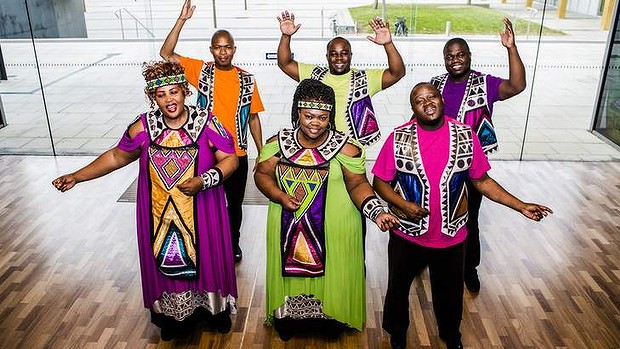 Nelson Mandela was one of the Soweto Gospel Choir’s biggest fans and would stand and sing along whenever he saw the group perform.

The choir will celebrate Mandela’s life in Canberra on Thursday night, in an upbeat performance that founding member of the choir Shimmy Jiyane said best honoured his legacy.

This 48-city tour continues a long relationship between the choir and Australia, which was its first touring destination after forming in 2002.

Jiyane said each performance aimed to capture the spirit of South Africa.

“Each and every song is choreographed. We move, we dance, we have fun, we have got beautiful smiles and beautiful costumes that represent the Rainbow Nation,” Jiyane said.

The Soweto Gospel Choir will perform at the Canberra Theatre Centre on Thursday at 7.30pm. Tickets are on sale at canberratheatrecentre.com.au