The Soweto Gospel Choir communicates the Joy of Living

Elaine July 6, 2013 Photos, Reviews Comments Off on The Soweto Gospel Choir communicates the Joy of Living 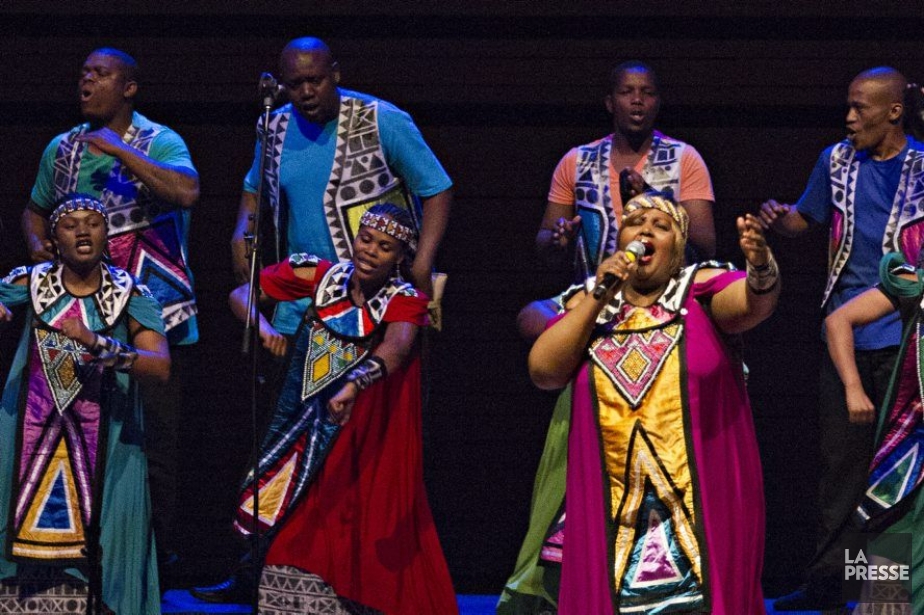 This is the Soweto Gospel Choir that had the honor of giving not one, but two final concerts of the 34th International Jazz Festival of Montreal at the Maison symphonique on Saturday. A well deserved honor this troupe of singers, dancers and musicians – a pianist, two percussionists – that is for 10 years a leading cultural ambassadors of South Africa abroad.

In the first of these concerts, in the afternoon, spectators were treated to a show that transcended folklore. The twenty singers from Soweto Gospel Choir dance continuously and some of them even make their specialty, suitable for choreography incorporating gumboot, Zulu war dances or even breakdance.

These energetic numbers are obviously popular, but it is primarily for their vocal harmonies that these artists are acclaimed. We warmly applauded traditional gospel songs, Swing Low Sweet Chariot and This Little Light Of Mine Amen through the youngest Oh Happy Day, but also the hymns that South Africans sang in church and have not need to be brought to vibrate.

The Soweto Gospel Choir “gospelise” “international” songs that lend themselves well as Bridge Over Troubled Water by Simon and Garfunkel and the Canadian Angel Sarah McLachlan they return after inviting the public to support the organization Save the Children. They quote with as much dignity as a passing emotion Biko Peter Gabriel wrote in memory of murdered student leader at the time of apartheid.

There are also things in their repertoire of modern South Africa as the song they release dedicated to Nelson Mandela, “the father of the nation”. And towards the end, they made a nod to their great compatriot Miriam Makeba singing Pata Pata’s, which was not, however, the emotional moment was anticipated.

This hour and a half spent with the Soweto Gospel Choir was mostly a fun affair, full of winks and smiles. Irrefutable proof that the joy of life expressed by the culture can be an engine of resilience and fighting spirit of a people.