Elaine May 11, 2011 Articles, Audio, Photos No Comments on Photos and Audio: Afternoons with Gillian O’Shaughnessy 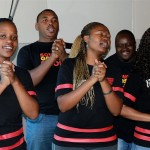 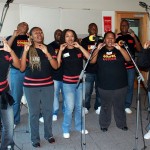 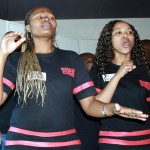 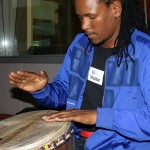 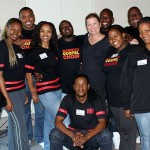 Audio clip: Adobe Flash Player (version 9 or above) is required to play this audio clip. Download the latest version here. You also need to have JavaScript enabled in your browser.

As if winning Grammy awards was not enough, last week they scooped another international accolade at the 32nd Annual Sports Emmy Awards in New York.

The Soweto Gospel Choir formed in 2002 and has performed for the Queen and alongside U2, Aretha Franklin and Stevie Wonder.

The choir was formed to celebrate the unique and inspirational power of African Gospel music, embodying the words African spirit.

The choir portrays their unique African energy and vibrancy, for which they have become known the world over.

“Dancing is a big part of music in our culture, when we get married you dance, in funerals you dance, in churches you dance so the dancing goes with the music”

This week they’re back in Australia with performances in Perth, Bunbury and Mandurah and a special performance for 720 Afternoons listeners.

Listen to Arvo’s with Gillian O’Shaughnessy today for the cue to call, it’s your chance to win 1 of 10 doubles passes to the SGC’s concert on Saturday night at the Perth Concert Hall.