Keep checking back as I update throughout the evening.

Was a bit underwhelmed by the whole presentation…wished the Choir was featured more, but they were kinda stuck in the background barely heard (BOO!!).  And, even afterwards when they did a “mix” of the two songs with the two lead singers, the Indian dancers were prominently featured while the Choir members were hidden in the back and if you squint hard enough, you could barely see them raising their arms at the final moment (on further review aka rewatching the performance, you got to love how the Choir members ran off the stage to their spots on the stairs at the back of the stage near the orchestra and “Bollywood” dance to the end of the medley).

Overall, while it was lovely to have seen the Choir perform on stage…I felt the whole medley was sorta…er…out of whack, and in my opinion, unfairly placed more attention to the two nominated songs from Slumdog Millionaire than the song from Wall-E…

But, then again, that’s the SGC fan in me speaking.

11:01pmET: And the Oscar goes to … Jai Ho, for Slumdog Millionaire.

11:00pmET: The Choir is done … I found the audio for the Choir’s vocals a bit too muted and overwhelmed by John.

10:57pmET: Songs from Slumdog Millionaire are up first …

10:56pmET: Alicia Keys and Zac Efron are presenting the award … they are introducing the Best Original Song nominees.

10:52pmET: Medley for Original Score is on right now … Original Song cannot be too far behind now …

9:30pmET: First hour of the Awards are in the books … no sighting yet.

7:39pmET: Choir mention in the Chicago Tribune’s live Oscar blog:
The Soweto Gospel Choir also didn’t take questions but did stop to serenade us with beautiful song. We’ll take that over canned answers any day.

7:30pmET: Added first photos of the Choir on the red carpet…they all look so lovely! 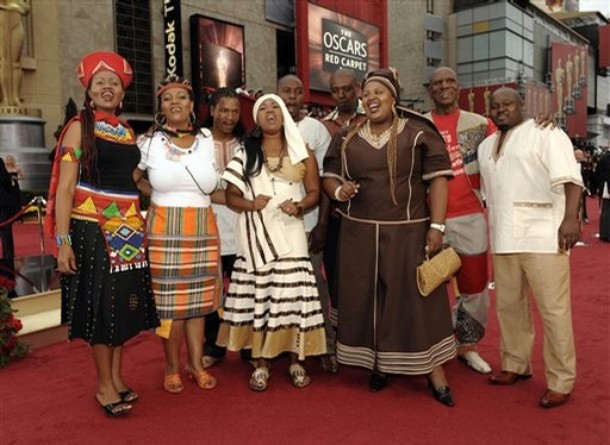 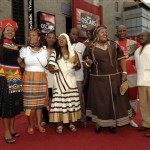 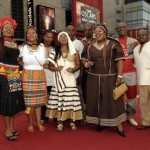