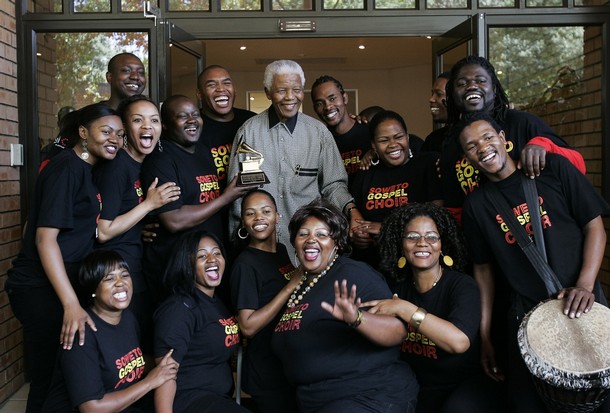 (More photos behind the jump)

The Soweto Gospel Choir presented their second Grammy Award to former president Nelson Mandela at his foundation in Houghton on Wednesday.

Speaking on behalf of the choir, Sipokazi Luzipo thanked Madiba for meeting the group.

“We thank you for seeing us. We are here to show you what we brought back home and also to give you some of our CDs … your presence blesses us,” she said.

The choir picked up a Grammy for best traditional world-music album in February — beating international musicians to the prize.

On his arrival, Mandela danced as the choir welcomed him with a song, walking hand-in-hand with an emotional Luzipo.

The group smiled as they posed for pictures, with the gold Grammy trophy held alongside Mandela.

Luzipo said they were overwhelmed with joy because Mandela was their hero, adding that they had sung for him on his birthday two years ago.

Speaking to journalists soon after parting from Mandela, she said: “I never thought I’d cry, but his presence is so overwhelming. We are so humbled and excited … I now have a blessing of touching his hand.”

The choir has 52 members and was co-founded in 2002 by Beverly Bryer and David Mulovhedzi. 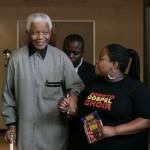 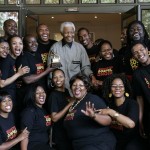 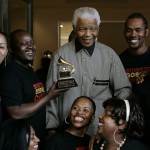 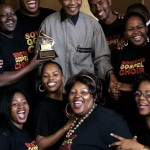 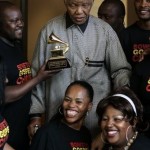 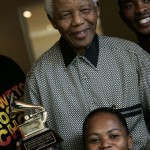 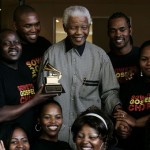